So...  Shame on me.. I haven't posted any updates on Flecky in awhile. He's been doing good. Just trucking along. But he has been rather painful in his feet... he's had a bunch of abscesses and looks pretty ouchy. He's been standing around more and not moving around as much. I was going to x-ray but on the day the vet came out he wasn't too bad, so we just tested for Cushings. Negative. Yahoo! But then he got sore again. So I had Freddie peek and he thought he was super sore in his sole, so... we went ahead and put on shoes with pads. And he felt SOOOOOO much better! Yay! So then a few days later we got x-rays, and... poor guy. He has no sole. Like.... a fourth of what he should have. Fronts and hinds, although he seems so much happier with just front shoes on. So... guess he gets to live in shoes and pads all the way around the rest of his days. He's earned it.

Which also means that since he now has protection and is feeling better, I'm okay with hopping back on for the occasional ride! Tonight I went to set jumps so I used him as my uber. Hee hee. I missed him. We got to the top of the hill and Funny came gallping up and he went to bucking. hee hee. Don't dump me dude! 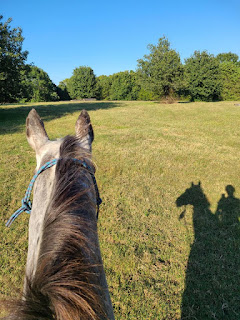 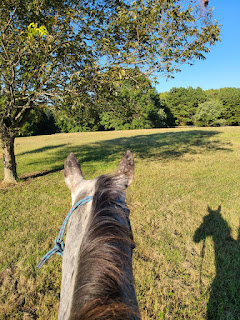 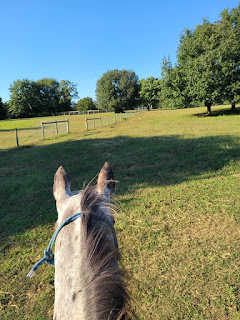 I love him so! 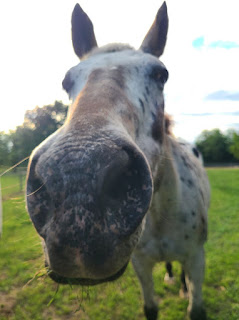 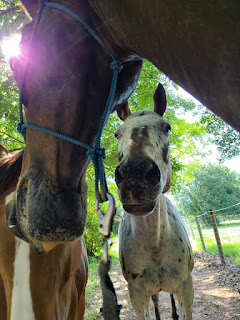 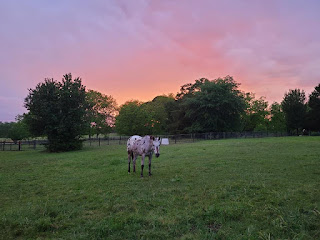 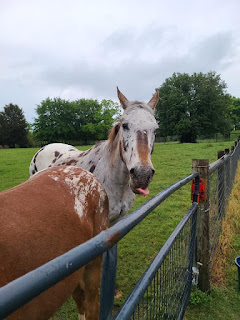 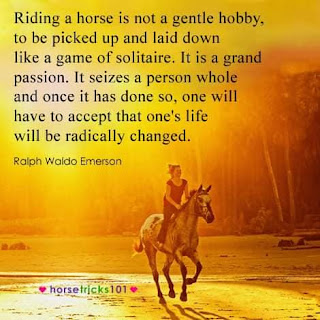 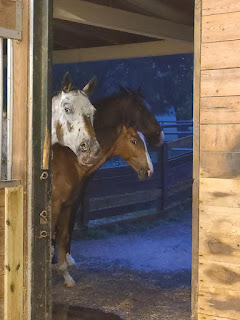 Oh, and his jaw healed beautifully! So yay for that! 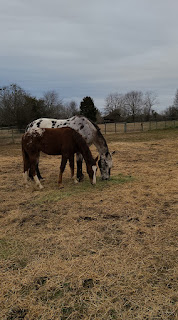 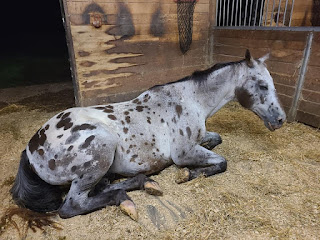 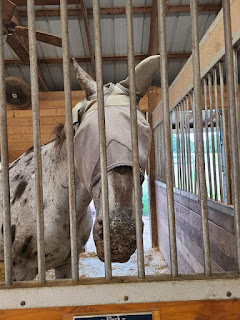 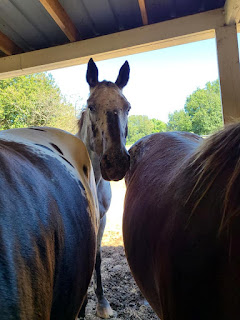 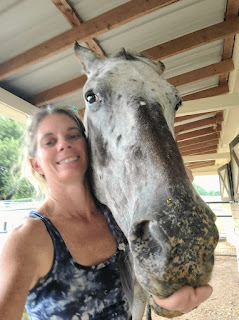 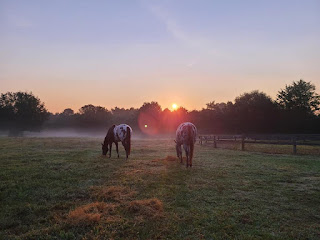 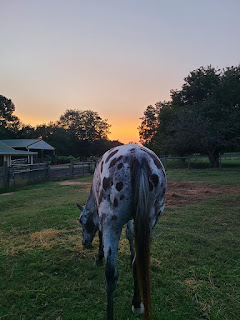